Trending
You are at:Home»In the News»Agencies like Amnesty Intl are finally starting to demand the first world start taking in Syrian refugees… 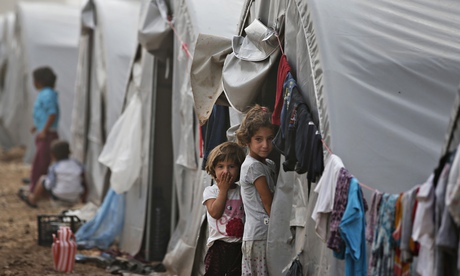 A coalition of 36 international organisations is calling on rich countries to resettle tens of thousands of Syrian refugees within their borders, saying the immediate neighbours of the war-ravaged country can no longer bear the burden of one of the worst crises of displaced people since the second world war.

By the end of 2015, other countries should admit at least 5% of around 3.6 million people who have been forced to flee their homes in Syria as a result of the civil war, say the humanitarian and human rights organisations. Their call comes in advance of a UN conference in Geneva on Tuesdayaimed at getting states to pledge to take more Syrian refugees.